This is just to confirm that the Banchory Men’s Shed is now opening every Saturday from 10:00 till 12:00, during Summer.

A reminder to all – we are open again, post the Omicron hiccup!

This Saturday, 5th Feb, will be our first Saturday re-opening, to coincide with the monthly Legion book sale.  Come along, find a book from the Legion sale, grab a free coffee with us, come and take the weight off your feet and have a blether, inspect the workshop.

Our full opening hours are 10:00 till 12:00 every Tuesday and Thursday, and the first Saturday of every month to coincide with the Legion book and car boot sales.  Updates and extra sessions – see our Planner page 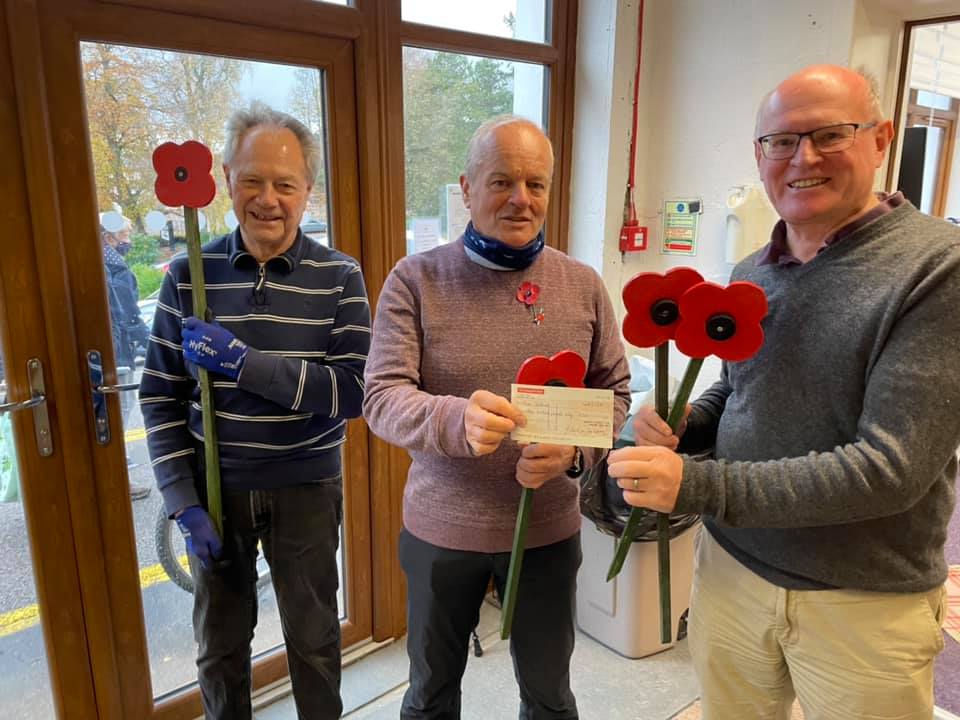 Banchory and District Men’s Shed are honoured to have received a generous donation of £500 from the Source to Sea Team.

Scott Birse and the team raised money back in July to improve local sports facilities and for the Children’s cancer charity, Charlie House by running the Dee, from Source to Sea – starting at the Wells of Dee at Braeriach.

The fundraising donations were distributed on Monday evening, 8th November, to local groups within the Banchory Community. After the deduction of admin fees etc, Source to Sea donated £11,632 to Charlie House and the same amount spread across 15 clubs/organisations and primary schools respectively.

This was a remarkable achievement by the team which has benefitted all these local organisations.  Banchory Men’s Shed expresses their deepest thanks to the Source to Sea team for their their amazing donation. It will be spent on tools and materials that will fit our own projects for good causes in the community. 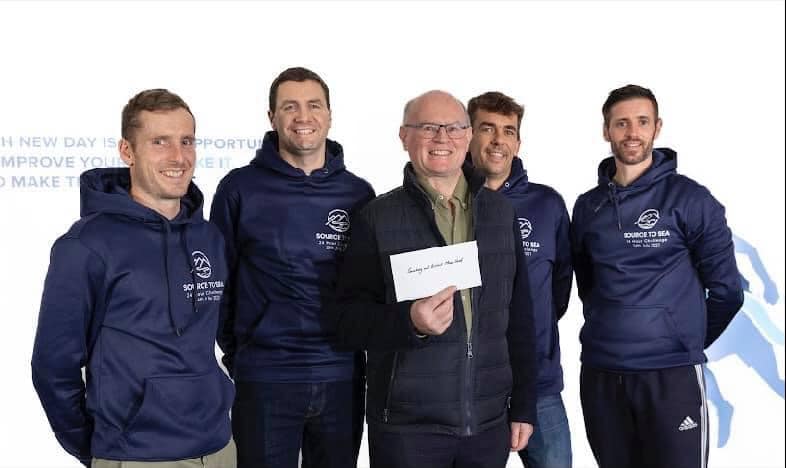 Chairman Paul Evans receiving the cheque at the presentation evening

As most people will know by now, we were honoured to have Princess Anne officially open the Banchory and District Men’s shed on Wednesday.  This occasion marked the end of a long road to getting our Shed open, and the proper beginning of its life serving the community.

On a day when attendance was necessarily restricted by COVID precautions, by some last minute member illnesses, and because we could only advertise it beforehand within our membership, a goodly number nevertheless turned up.  We saw the Princess meet key Shed members and saw her walk-through the workshop and social area inspecting the various exhibits we had prepared.  Everyone commented that she showed genuine interest in our membership and in what we had prepared.

Princess Anne also took the time to talk to every single member of the shed present, and their wives, as we were waiting outside, before unveiling the plaque (hand engraved by Shed member John Mason) and finally departing.

Our official photographs were taken by Amro Hassan of Hi-Land Photography near Skene and were excellent.  The selected shots are below, plus shortly Amro will post all 100 shots he took on his web site for access.  In the meantime, if you want a copy of any of the photos below, please get in contact by emailing membership.bms@gmail.com .

The Princess Royal toured the new Men’s Shed facility in Banchory, accompanied by Banchory Men’s Shed Chair, Mr Paul Evans, who said: “We are honoured to welcome HRH The Princess Royal to mark the opening of our Men’s Shed. It has been heartening to see this project finally come to fruition after many hurdles, so it can go forward as a resource for men in our community who are looking for new social contacts and activities, for example after retirement.”

Banchory and District Men’s Shed is the first ‘Shed’ in Scotland to link up with Legion Scotland and it was unfortunate that one of the champions of this, Mr Jason Schroeder – Executive Officer of the Scottish Men’s Sheds Association (SMSA) – could not take part on the day due to illness. Jason is an ex-serviceman and championed this collaboration from its origin in 2015. Mr Schroeder said: “After so many years in the making, I was personally gutted to not be able to attend the opening due to illness; however, the SMSA still ensured representation at this very special event. It was kind of HRH Princess Anne to convey her best wishes for a speedy recovery and I shall be concentrating on just that. I look forward to visiting the Shed and the guys as soon as it is safe for me to do so.”

The Princess Royal then spent some time chatting outside with other members and guests of the Shed and their wives, including Gerry Robb, the architect upon whose plans the Shed premises were based, and Bruce McCombie, the building contractor for the conversion.

Mr Evans then invited Her Royal Highness to unveil a plaque commemorating the opening, which was hand-engraved by member Mr. John Mason.

Finally, Mr. Alan Pumfrey presented Her Royal Highness with a gift of a bird box made by himself.