Whilst Scotland, Wales and NI are taking a more cautious approach than England is, at some point we will also be starting to relax the precautions we have been taking to reduce COVID-19 transmission, so it’s not too early to start understanding how one can catch this bug, hence how we can do our best to avoid it.

As many will realise, 2m distancing is overly simplistic and there are many other factors involved. This article was brought to our attention by a member’s daughter from the US, where they look to be following the national line and starting to open up anyway. It’s a 10 minute read, but worth doing as it may save you many many lots of 10 minutes in a hospital bed. 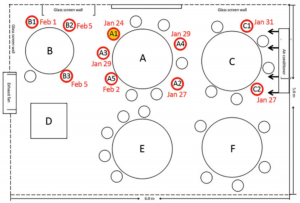 With the Phase 1 workshop complete and Phase 2 well on the way, we thought the following guide to using tools safety would be handy…     #workplacesafety

TOOLS AND HOW TO USE THEM

WIRE WHEEL – Cleans paint off bolts and then throws them somewhere under the workbench with the speed of light. Also removes fingerprints and hard-earned calluses from fingers in about the time it takes you to utter a short curse.

DRILL PRESS – A tall upright machine useful for suddenly snatching flat metal bar stock out of your hands so that it smacks you in the chest and flings your beer across the room, denting the freshly-painted project which you had carefully set in the corner where nothing could get to it.

MULTI GRIPS – Used to round off bolt heads. Sometimes used in the creation of blood-blisters.

HACKSAW – One of a family of cutting tools built on the Ouija board principle… It transforms human energy into a crooked, unpredictable motion, and the more you attempt to influence its course, the more dismal your future becomes.

VICE-GRIPS – Generally used after pliers to completely round off bolt heads. If nothing else is available, they can also be used to transfer intense welding heat to the palm of your hand.

OXYACETYLENE TORCH – Used almost entirely for igniting various flammable objects in your shop and creating a fire. Also handy for igniting the grease inside the wheel hub froom which you want to remove a bearing race.

HYDRAULIC FLOOR JACK – Used for lowering a vehicle to the ground after you have installed your new brake pads, trapping the jack handle firmly under the bumper.

BAND SAW – A large stationary power saw primarily used by most workshops to cut large pieces into smaller pieces that more easily fit into the trash after you cut on the inside of the line instead of the outside edge. Also good for Digit Removal

TWO-TONNE ENGINE HOIST – Tool for testing the maximum tensile strength of all the stuff you forgot to disconnect.

PHILLIPS SCREWDRIVER – Normally used to stab the vacuum seals under lids or for opening old-style paper-and-tin oil cans and splashing oil on your shirt; but can also be used, as the name implies, to strip out Phillips screw heads.

CROWBAR – A tool used to crumple the metal surrounding that clip or bracket you needed to remove in order to replace a £0.50p part.

HAMMER – Originally employed as a weapon of war, the hammer nowadays is used as a kind of divining rod to locate the most expensive parts adjacent the object we are trying to hit.

UTILITY KNIFE – Used to open and slice through the contents of cardboard cartons delivered to your front door. Works particularly well on contents such as seats, vinyl records, liquids in plastic bottles, collector magazines, refund cheques, and rubber or plastic parts. Especially useful for slicing work clothes, but only while in use.

AAAAARRGHHH TOOL – Any handy tool that you grab and throw across the workshop while yelling “Aaaaarrghhh” at the top of your lungs. It is also, most often, the next tool that you will need.

The Banchory and District Men’s Shed has received a generous donation of £20,000 from Apache North Sea towards converting the open area of the Legion’s undercroft into a multi-purpose workshop and social area – what we refer to as “Phase 2”. 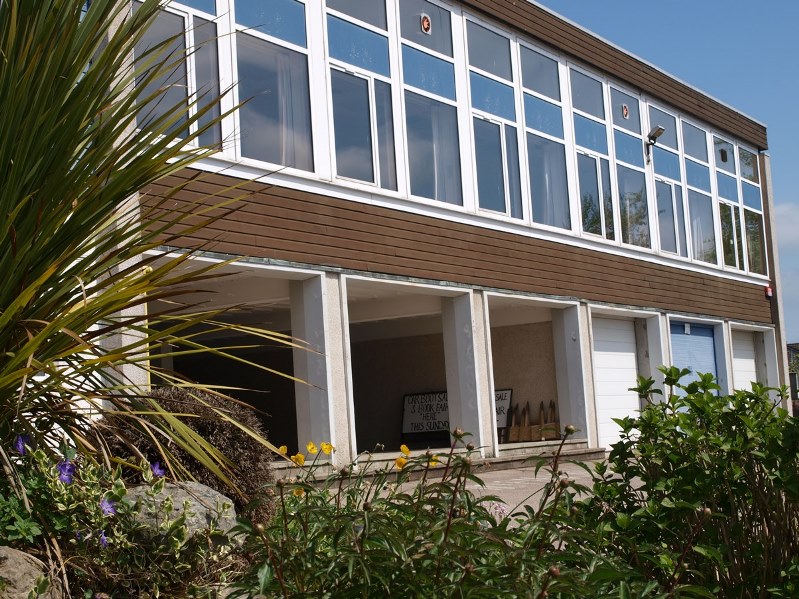 Karen Williamson, Human Resources Manager, Apache North Sea, commented: “Apache has a strong focus on the health and wellbeing of its people and is delighted to be able to contribute to the local community in supporting the expansion of the Banchory Men’s Shed. This in turn will help to prevent isolation, improve wellbeing and bring people in the community together to a welcoming space, to share skills and most importantly, have fun”. 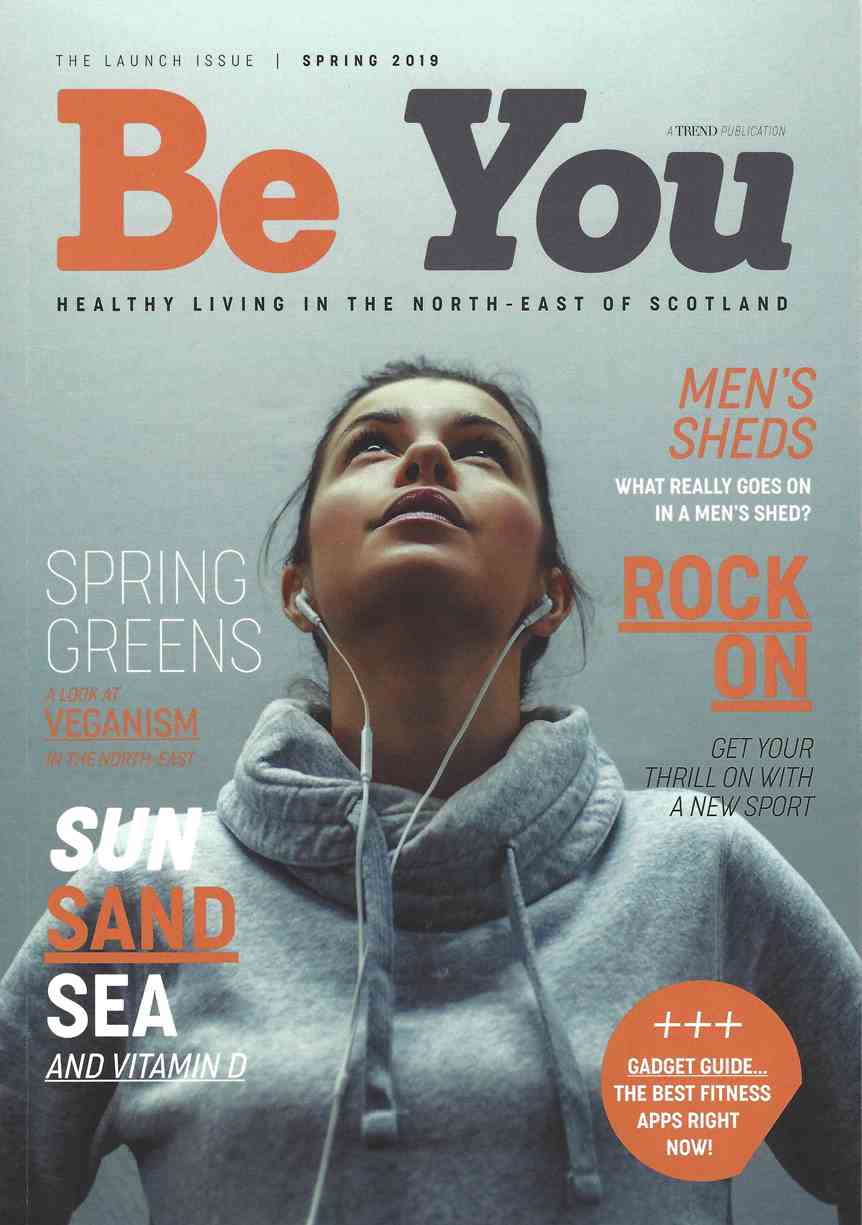 The new healthy living magazine for the North-East of Scotland, called “Be You”, has included a great article in its Spring 2019 Launch Issue, on Men’s Sheds.  With background from the Scottish Men’s Sheds Association Exec. Officer, Jason Schroeder, the article covers what a Men’s Shed is, the genesis of the Men’s Sheds movement and its development in Scotland.

Whilst many of those already familiar don’t need any more convincing, it is good to see the Men’s Shed message get out to a wider audience, and this will hopefully yield more members, especially in Banchory as our Phase 1 build starts. 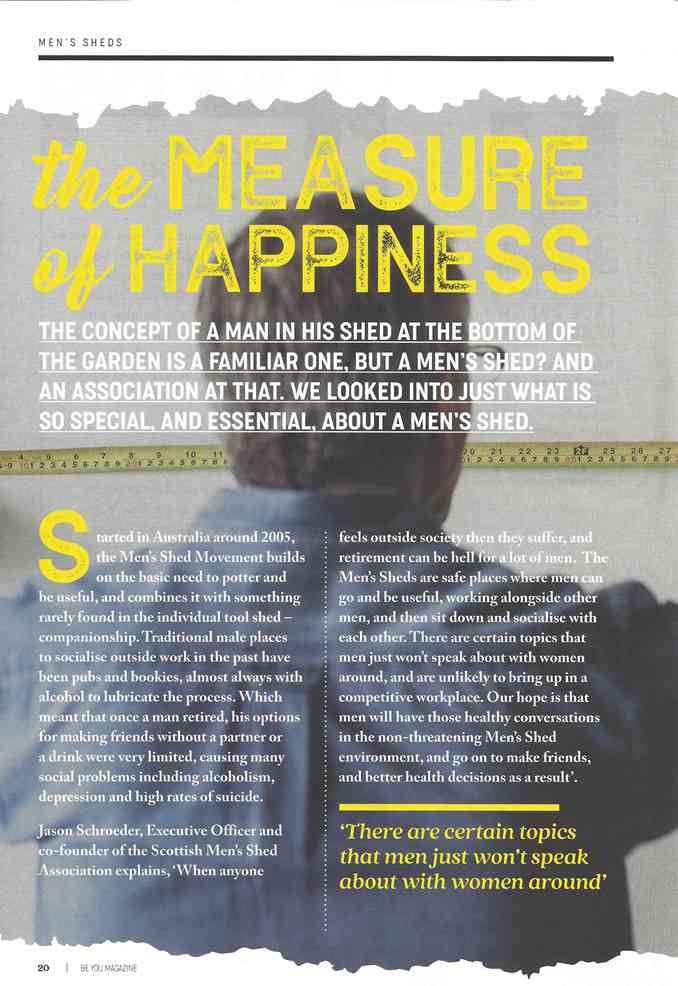 You can read the article in the attached file – click the picture on the right to download a .pdf file.

For your own magazine copy, look out for it in many locations, including Number One in Banchory, Doctors and Dentists surgeries, most cafes and restaurants, hairdressers and beauticians, and Deeside physio amongst others, and learn more about local facilities and businesses.

Many thanks to Be You magazine for permission to reproduce the article.

Many Things have been happening in the world of the Banchory Men’s Shed since we last updated the web site, rather a long time ago. And with confirmation of the main event now received, we can announce a number of matters.

Signing of the Lease

After much work and many months of “final” lease clarifications, the Banchory Men’s Shed is very pleased to announce that in January/February we finalised and signed our Lease with the Banchory Legion, to allow us to proceed with the next stages of creating our Men’s Shed. The signed Lease has now been acknowledged by and is back with the Solicitors for registration.

In achieving this milestone our Chairman, Paul, has managed to maintain an outward appearance of placid control and equanimity, much as a duck on a pond does, belying the reality that below the water the feet have been furiously paddling away, mainly between one set of solicitors and another. Our thanks are due to Paul, to staff at the Legion, and to everyone involved in making this happen over the last couple of years

Our next move is to re-engage with builders and get the building work under way for the “Phase 1” (Workshop) section. We will update you in due course as to how this is progressing and when we have a start date.

With an excellent sense of timing, we are also grateful to one of our members who is downsizing, who has offered to donate his home workshop facilities to the Shed for installing in the Phase 1 Workshop room. This is gratefully acknowledged and we are currently working out temporary storage arrangements between his imminent house move and the Phase 1 room being ready.

Further funds have been received for our Phase 2 (Social Area) plans. In January, Shell UK awarded a sum of £1000 which we are allocating against the Phase 2 funding target, thus reaching £15,500 out of £57,000. A number of other grant sources remain open for applications and we will be able to update in due course.

Chris Third of the Scottish Health Council will be coming to our social meeting on Tuesday to speak about ways in which you can become involved with improving local health services.  Please bring your partners and friends if they are interested.

The aim of the Scottish Health Council is to improve how the NHS listens to you, how it values peoples’ views and experience, how it respects us all as individuals, and how it involves you in the planning and delivery of health and care services. This is an interesting opportunity to find out how things work.

The talk will be part of our regular Tuesday social meeting, at 10:30 a.m., Tuesday 12th March at the Legion Banchory in Ramsay Road. We look forward to seeign you there. 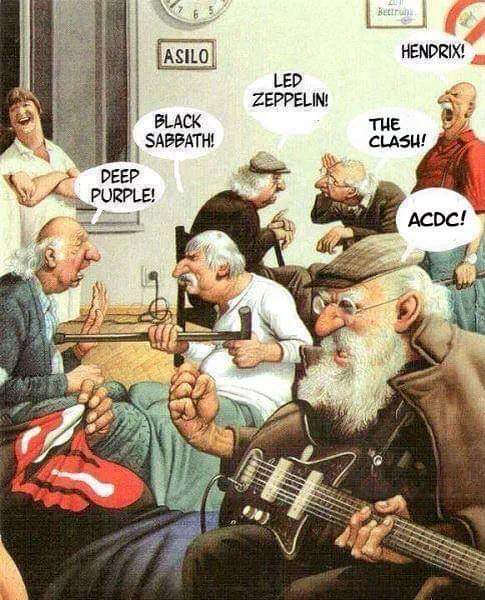 You think I’m kidding, don’t you?